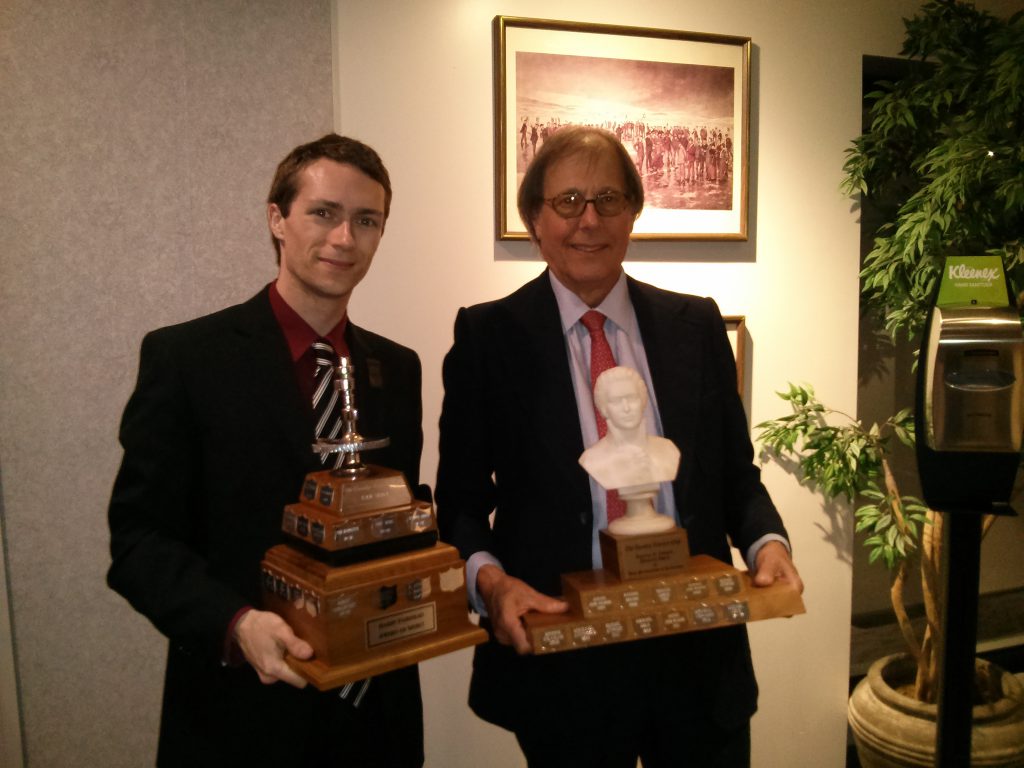 David Heppenstall is the 2016 Harry Fairhead Award of Merit winner

TORONTO – During the seventy-first season of the Tuesday Literary Club, the Executive decided to make an award at the Annual Dinner to the member deemed by the Critic to have made the most significant contribution to the Club during the year. David Heppenstall is thrilled to have been selected to win the award this year and could not be happier to give back to the Club which he enjoys so much.

David is pictured here with fellow member and recipient of the Laurence Coward Award, Michael Cole. David credits Michael with motivating him to attend law school and he will be forever thankful to him for writing his first letter of reference on that journey.