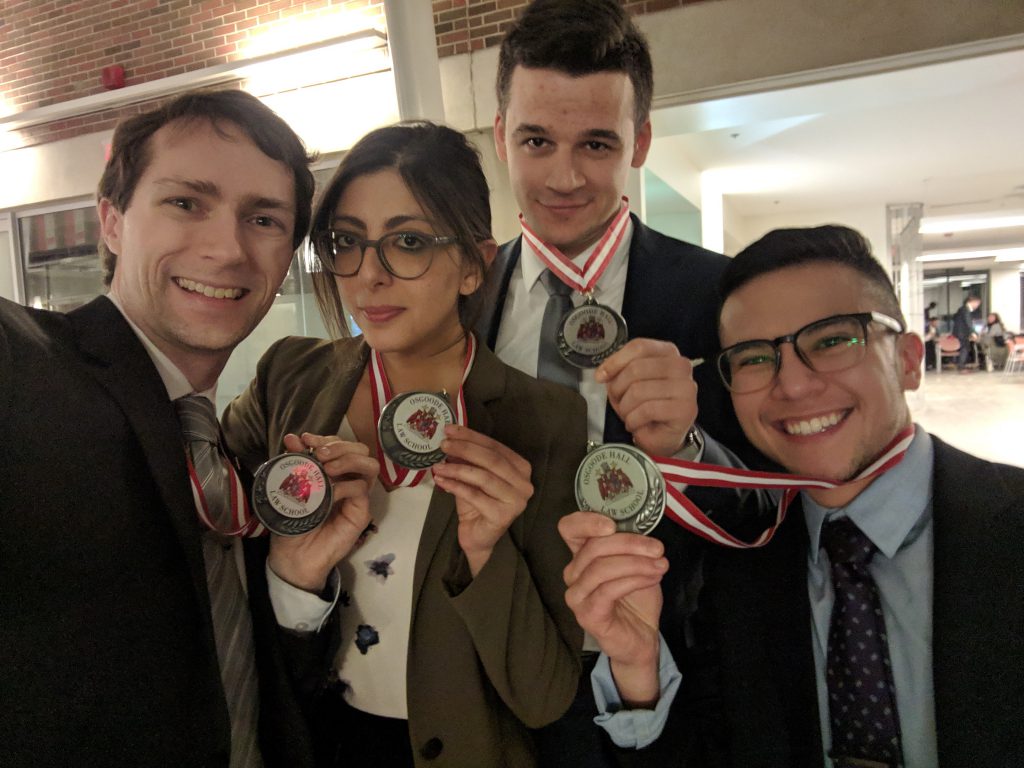 OSGOODE HALL LAW SCHOOL – The Frozen Open Osgoode Moot (FOOM) was held on February 1st, 2019. It provided an opportunity for all students at Osgoode to participate in a moot in a friendly atmosphere and served as the tryout vehicle for all first year students interested in representing Osgoode at the Cassels Brock Cup (aka, “The Baby Gale” mooting competition). 120 people across eight divisions competed in an appeal from an Ontario Court of Appeal decision to the fictional Supreme Court of Osgoode Hall.

David Heppenstall was honoured to win his division and is grateful to the organizers for the opportunity to learn and compete. David is particularly grateful to his mooting teammate, Sarah Crittenden, who stepped in at the last minute and burst onto the stage with a masterful mooting debut.

Invitations to join the Osgoode Cassels Brock Cup team shall follow in the coming days.