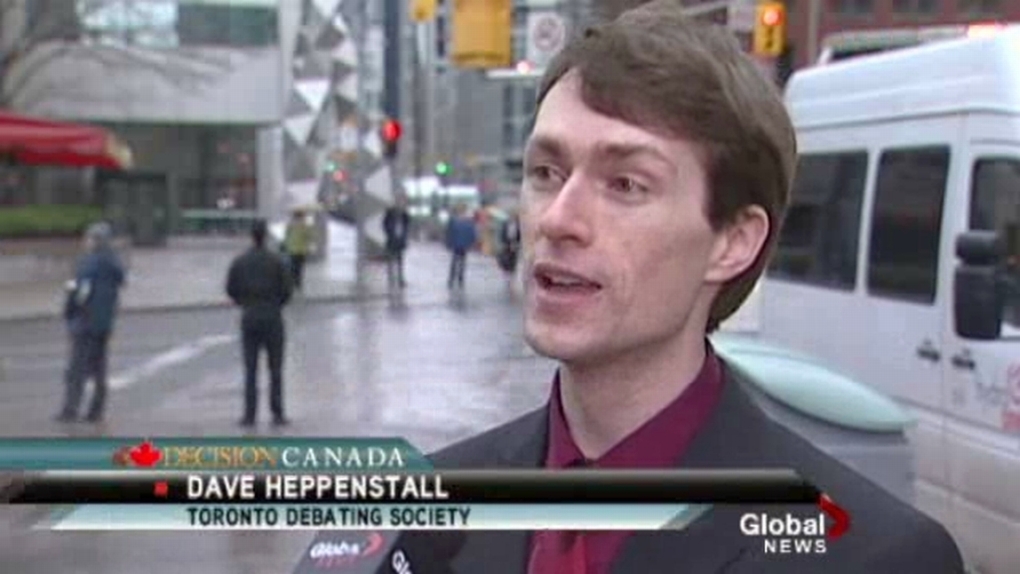 TORONTO – Global News aired a segment on Understanding Body Language following the 2011 Federal Leaders Debate. In this segment, David Heppenstall—in his capacity as President of the Toronto Debating Society—appeared alongside two other experts in public speaking and communications. David appreciates the Global News Toronto team for seeking him out for his expert opinion.